Whatever the Task at Hand, Alumna Francisca Escobar Gives It Her All
by Martha Groves

When it comes to giving back, Francisca Escobar goes all in. 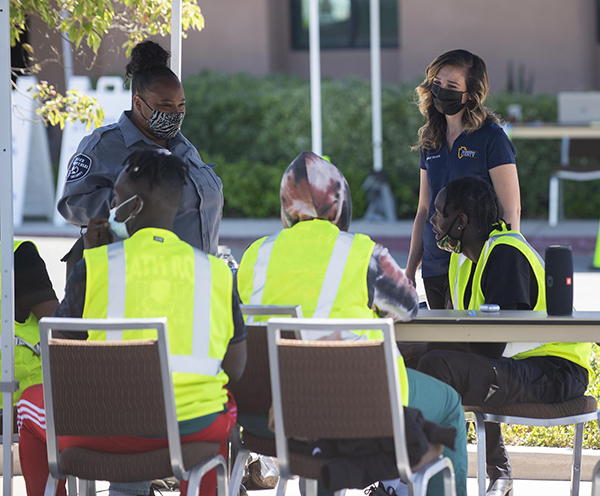 Francisca Escobar chats with the team at a vaccination center in Fontana.

Not long after volunteering to perform search and rescue work in San Bernardino County’s rugged mountains and deserts, she became her team’s commander.

And when the county tapped her to help with COVID-19 vaccinations, she took on managing distribution at not just one site but several. She routinely works 15-hour days to transport hundreds of doses and make sure the medical teams follow proper protocols.

“I think of every day like a mission, an adventure, to vaccinate as much of the public as we can,” Escobar says.

“These nurses and staff are from all over the United States, but we are all very passionate about accomplishing one goal, and that is to help put an end to this pandemic.”

For Escobar (’19, early childhood studies, music minor), battling COVID-19 has become highly personal. Both of her grandmothers contracted the virus and recovered. A friend and mentor who had been instrumental in steering her toward a career as a piano teacher was not so fortunate. He died in February at age 56 of COVID-related symptoms.

Escobar’s tenacity and work ethic have been evident since childhood. She spent her earliest years in Boyle Heights, a neighborhood in East Los Angeles. Leticia Rodriguez, her mother, put her in a magnet elementary school where half of the pupils had hearing impairments. The family later moved to West Covina. Escobar’s two siblings have learning and development delays.

Escobar’s mother, who earned her bachelor’s and master’s in electrical engineering in 2006 and 2008 from Cal Poly Pomona years after becoming a mother, works as an electrical engineer for a manufacturing company. Her father, Raymond Escobar, is an asbestos inspector for Los Angeles Unified School District. Both parents viewed educating their children as their top priority.

Escobar began playing piano around age 6 and studied clarinet at 10. Aside from a grandfather, who played flute and guitar, she is the only one in her immediate family who plays an instrument. Her mother was a tough taskmaster when it came to practicing.

“I had no free time, zero,” she says, without a trace of bitterness.

Escobar attended Vivian Webb High School, a private boarding school in Claremont, on a scholarship. After graduating, she headed to far-away Smith College in Northampton, Massachusetts, to study computer science but returned to California after two years. Feeling adrift, she enrolled in Citrus College and signed up for a drumming class to earn some credits.

In search of drumsticks, she walked into a San Dimas music store, where it quickly became clear to Michael Inzunza, the man behind the counter, that she had no clue about which sticks to buy. When he learned she played piano, he interviewed her on the spot and hired her to teach. Her studio soon grew to more than 50 students. Thanks to Inzunza, she discovered her passion for teaching and switched from computer science to a music and education major. She would go on to earn seven AA degrees at Citrus, including in music and early childhood studies, before transferring to Cal Poly Pomona.

“That’s pretty much what started my teaching career,” she says. “I fell in love with it right away.”

Inzunza, her friend and mentor, died in February. Escobar posted on Facebook that her heart was broken. 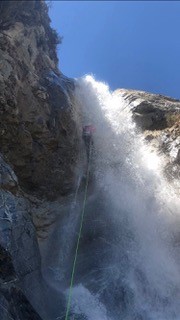 Escobar applied her love of the outdoors to being a search and rescue volunteer for San Bernardino County.

When she wasn’t studying for classes or teaching music, Escobar spent most of her limited spare time outdoors. Years ago, a friend introduced her to canyoneering. She fell in love with the spine-tingling sport and has traveled to Oregon, Washington and Utah to rappel down 200-foot waterfalls.

“You have your life in your hands,” she says matter-of-factly. “You are holding this rope that you trust with your life. You step off the cliff, and you have to make sure one hand — your brake hand — is always holding the rope. It’s an exhilarating feeling when I step off that cliff, and there’s nothing below me.”

To state the obvious, a canyoneer who loses her grip would likely fall to her death.

In 2017, Escobar put her canyoneering skills to use as a search and rescue volunteer. A year later, she became secretary. She now commands her 23-member team, which typically finds itself on Mt. Baldy or in the Joshua Tree area.

For winter missions, Escobar, who is a petite 5’2” tall and 110 pounds, routinely carries a mountaineering pack containing traction devices for shoes called crampons, an ice ax and beacons. It weighs nearly 50 pounds.

Escobar says she and her fellow team members rescue people in all types of weather. In some cases, they recover bodies. “The main goal is to bring closure to the families, no matter the outcome,” Escobar says.

One time, her team arrived mid-afternoon near a rugged area of Mt. Baldy where a woman had twisted her ankle; the rescuers spent the entire night getting her off the mountain. 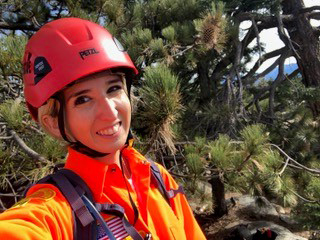 “The main goal is to bring closure to the families, no matter the outcome,” Escobar says of her search and rescue work.

San Bernardino County Sheriff’s Sgt. David Clifford, who oversees the search and rescue volunteers, didn’t know much about Escobar when he met her four years ago. She soon impressed him with her commitment and her certifications in rope training and alpine rescue.

“I quickly learned that she’s a highly dedicated, well-trained and approachable member of our search and rescue team at Central Station,” Clifford says.

Half a dozen teams operate within the vast county, where the topographic features run the gamut: mountains, canyons, cliffs, desert, creeks, rivers and lakes. As the commander of her unit, Escobar coordinates training and makes sure the team has the proper equipment and vehicles.

“She pretty much runs the show,” Clifford says. “She’s young and can handle it all. I think what makes her commander material is the fact that she won’t stop doing what she’s doing until the mission is completed. We call what she has ‘command presence.’”

That command presence shows in her collaborative approach and her ability to make split-second decisions. “She seeks her team’s input,” Clifford says. “She’ll say: ‘Hey, we need to be on top of this mountain in 45 minutes. How can we make it work?’ She does a fantastic job of delegating tasks.”

“I thought her skill set would match the needs,” says Becerra, program coordinator in the environmental health services division of the county’s Department of Public Health. “She has been very successful in search and rescue. She is a very giving person. She’s a very compassionate person. Those qualities are what you’re looking for in a public health professional.”

While overseeing the vaccination sites, Escobar stepped back temporarily from work she loves: teaching children piano at the Claremont Community School of Music and teaching at a preschool. 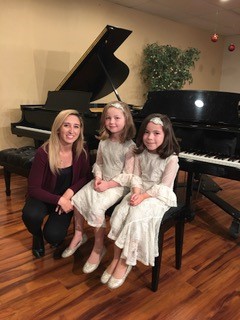 She misses the work and her young pupils, who call her Frannie. And her students and their parents miss her. For several years, Escobar taught Emily and Rory McKee, 9-year-old twins who live in Upland and play Chopin and Bach. When Escobar took a hiatus from teaching, the twins began studying with a new teacher. Emily recalls Escobar as fun and understanding and “always calm.”

“Miss Frannie gave them an awesome foundation,” Rose McKee, the twins’ mother, says. “The foundation was like a trampoline for them.”

Escobar looks forward to getting back to teaching when the time is right, although she is open to other possibilities. If the vaccination work “leads to a greater opportunity to help the community,” she says, “I am definitely open to that as well.”

Whether Escobar’s task is search and rescue or managing a vaccination site or teaching children how to play scales, she has formidable talents on which to rely. Mostly, she says, she has a guiding principle:

“I live every day with the mission to make this world just a little bit better.”

Whatever the Task at Hand, Alumna Francisca Escobar Gives It Her All