Anywhere in the world a natural disaster strikes, he’s there. He runs toward burning buildings and investigates the cause of catastrophes.

Where Arita and Spider-Man diverge is their knowledge of architecture.

Arita (’77, architecture) began his career constructing buildings. Then he decided to start saving them. In architecture terms, he shifted his career 10 degrees.

While designing buildings for the first 15 years of his career, construction jobs were abundant when times were good. But when the economy lagged, building projects dried up, leaving him without a job or requiring him to lay off his employees. By the time he endured a third recession, he knew it would be his last as an architect. The traditional kind of architect, at least.

For the past three decades, deconstructing damaged buildings is how Arita has avoided the boom-and-bust nature of his line of work.

His career follows the path of earthquakes, hurricanes, fires and floods. He walks into the ruins of buildings to determine what can be saved and what can’t. It’s called forensic architecture.

“It’s actually much more satisfying than building a new building,” says Arita, the senior vice president and property loss consulting practice leader at Thornton Tomasetti. “We’re trying to save something, a precious building that has a history and all the baggage that comes with that. But not all architects like to walk into a burned out building. It takes a certain type of person to want to do that.”

Though his area of expertise is a highly specialized version of architecture, it requires Arita to wear many hats.

One minute, he is an analyst using a drone to evaluate whether his team can enter a damaged high-rise. The next he’s a crime-scene investigator determining whether a fire was arson. He often works with insurance companies, requiring him to decipher what damage is covered in the fine print of a building’s insurance policy. Much of Arita’s work is confidential given its sensitive nature.

“What Bruce does has a CSI feel to it,” says Jon Lundstrom, an architecture classmate of Arita’s at Cal Poly Pomona who owns his own firm. “We need to know how these things happen and how to prevent them in the future, and Bruce is innovative in the way he goes about doing that.”

What Bruce does has a CSI feel to it.

Though Arita, 63, has saved buildings from London to New Zealand, there may be no greater sentiment around the world for a building he has worked on than the One World Trade Center in New York City.

The iconic skyscraper, which replaced the Twin Towers destroyed on Sept. 11, 2001, in the deadliest terrorist attack in U.S. history, sustained its own share of severe damage.

In 2012, before construction was even complete, floodwater from Superstorm Sandy gutted the basement of One World Trade Center. The storm that killed 149 people and caused $20 billion worth of damage across the Northeast swamped the basement of the building with water — enough to fill the L.A. Rams’ new football stadium in Inglewood.

Arita’s firm was charged with saving not just a building, but a symbol of healing and restoration from 9/11. When a natural disaster battered a monument to New York City’s most trying time, the physical damage was rivaled by the emotional wound.

“There was still a lot of pain from 9/11,” Arita says. “There was a museum with a lot of artifacts from 9/11 that were compromised in that basement. It was very emotional for a lot of people to deal with.”

Of his myriad projects around the world, Arita says One World Trade Center remains the most satisfying because of what its restoration symbolized to New York City and the country.

He gravitated toward disaster because of the appreciation he felt after surviving each trying experience of his own career, whether it was riding the economic roller coaster during his early days as a conventional architect or pulling all-nighters to propel himself through architecture school at Cal Poly Pomona.

Artita’s preparation for a career wading through largely uncharted territory – each natural disaster leaves its own unique problems behind – began when he was forging his own path through college. The difficulties, he says, prepared him for everything.

“They were tough years. Good, tough years,” Arita says. “When somebody is saying ‘I’m having a hard time,’ I tell them to enjoy it. That’s what prepares you to be successful.

“The academic experience is great, but you need to have the friction and corrosion that go with real life that makes that education much more tangible. When I got out of Cal Poly Pomona, I was ready for anything.”

I’m never going to run out of work. 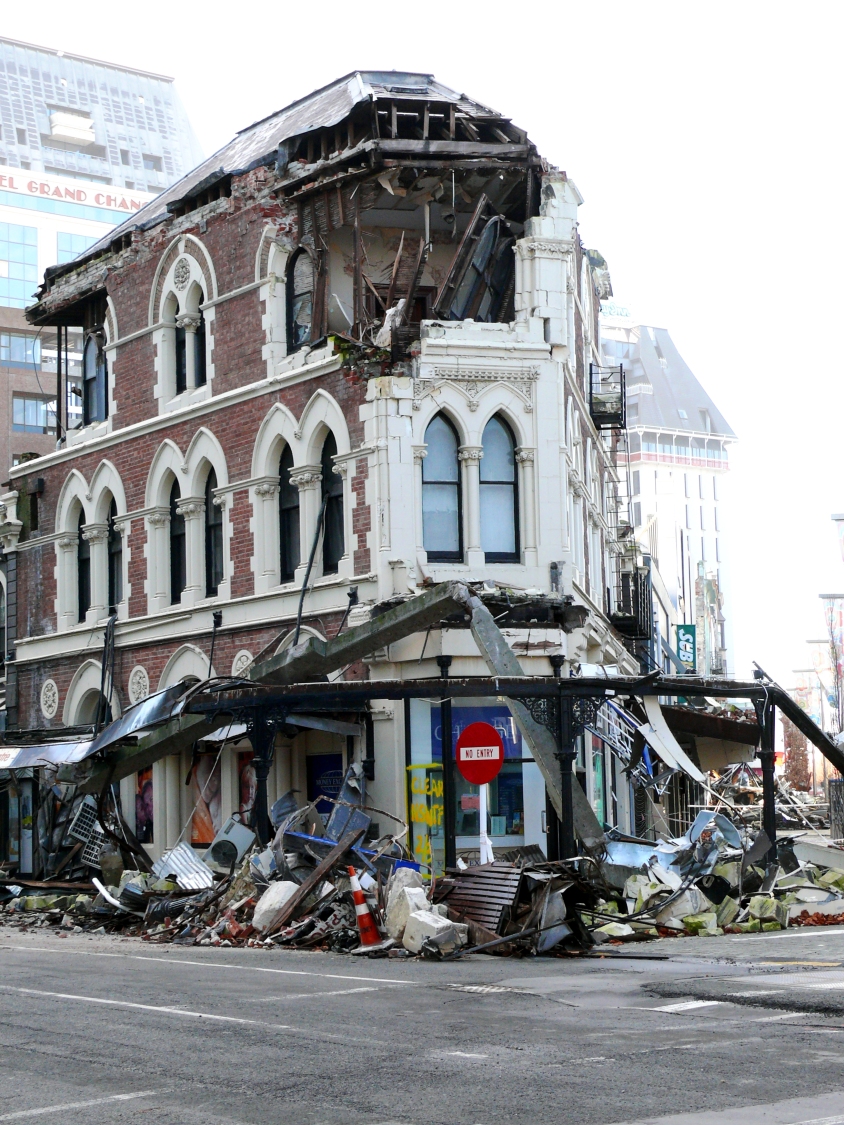 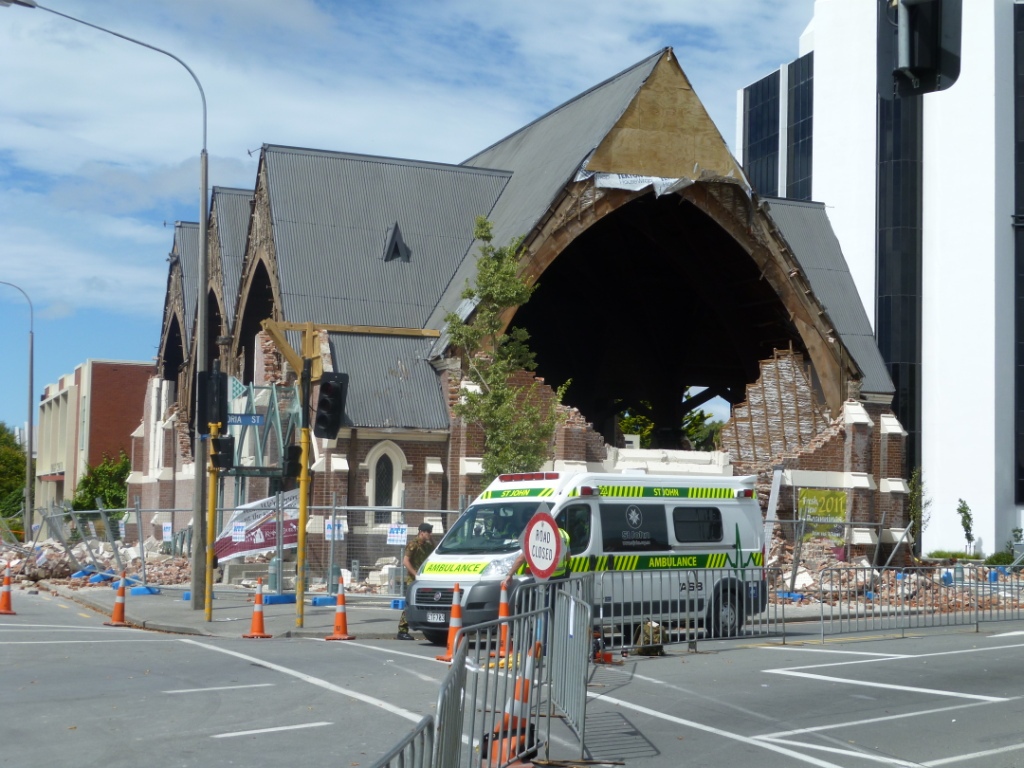 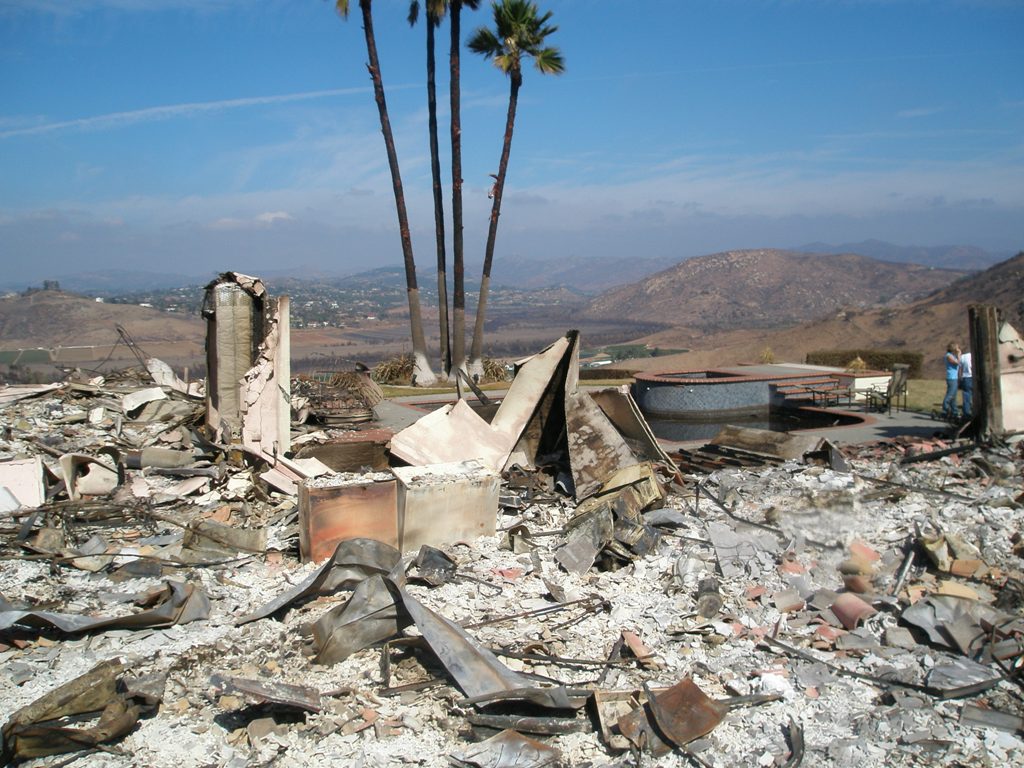 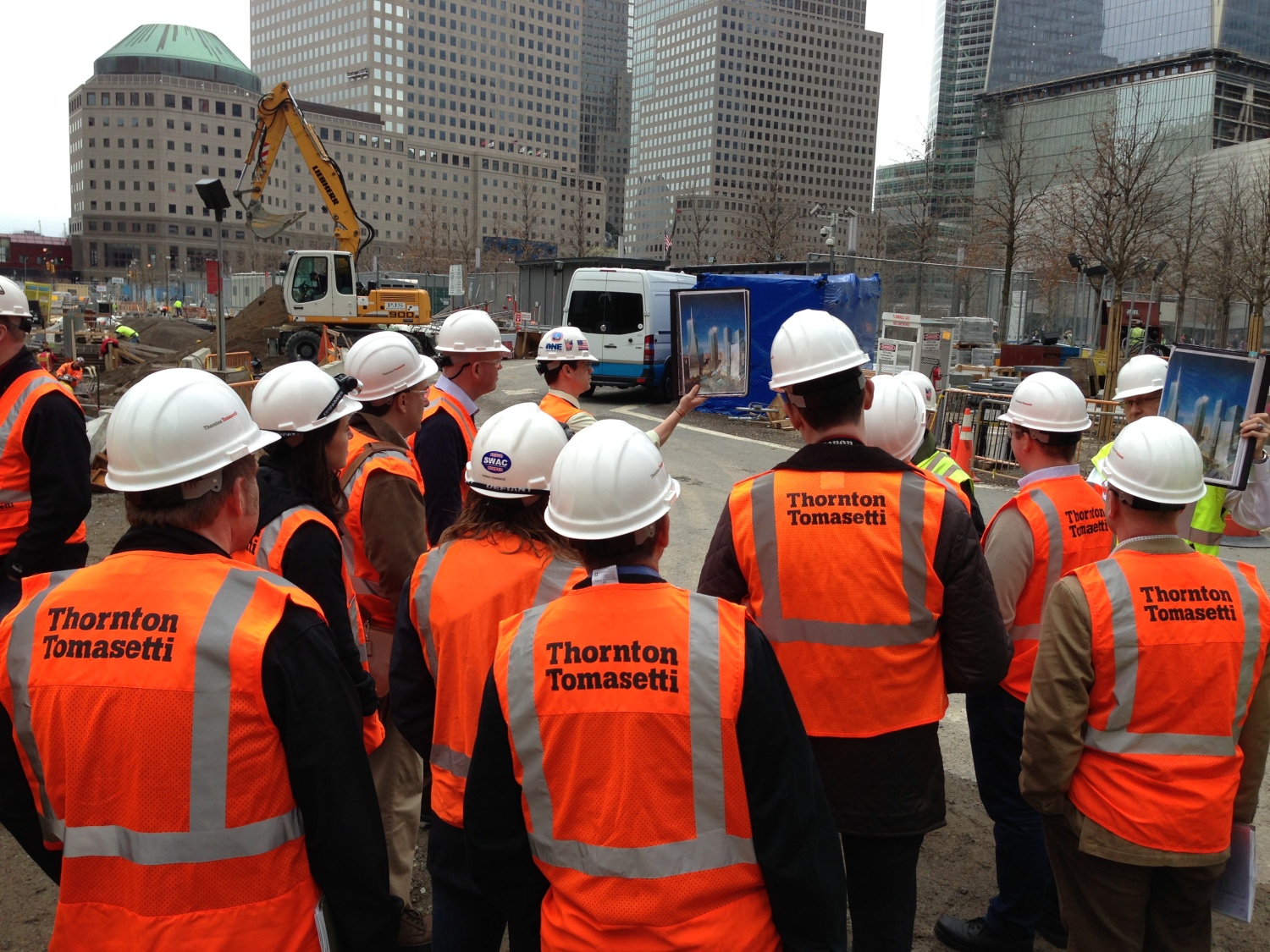 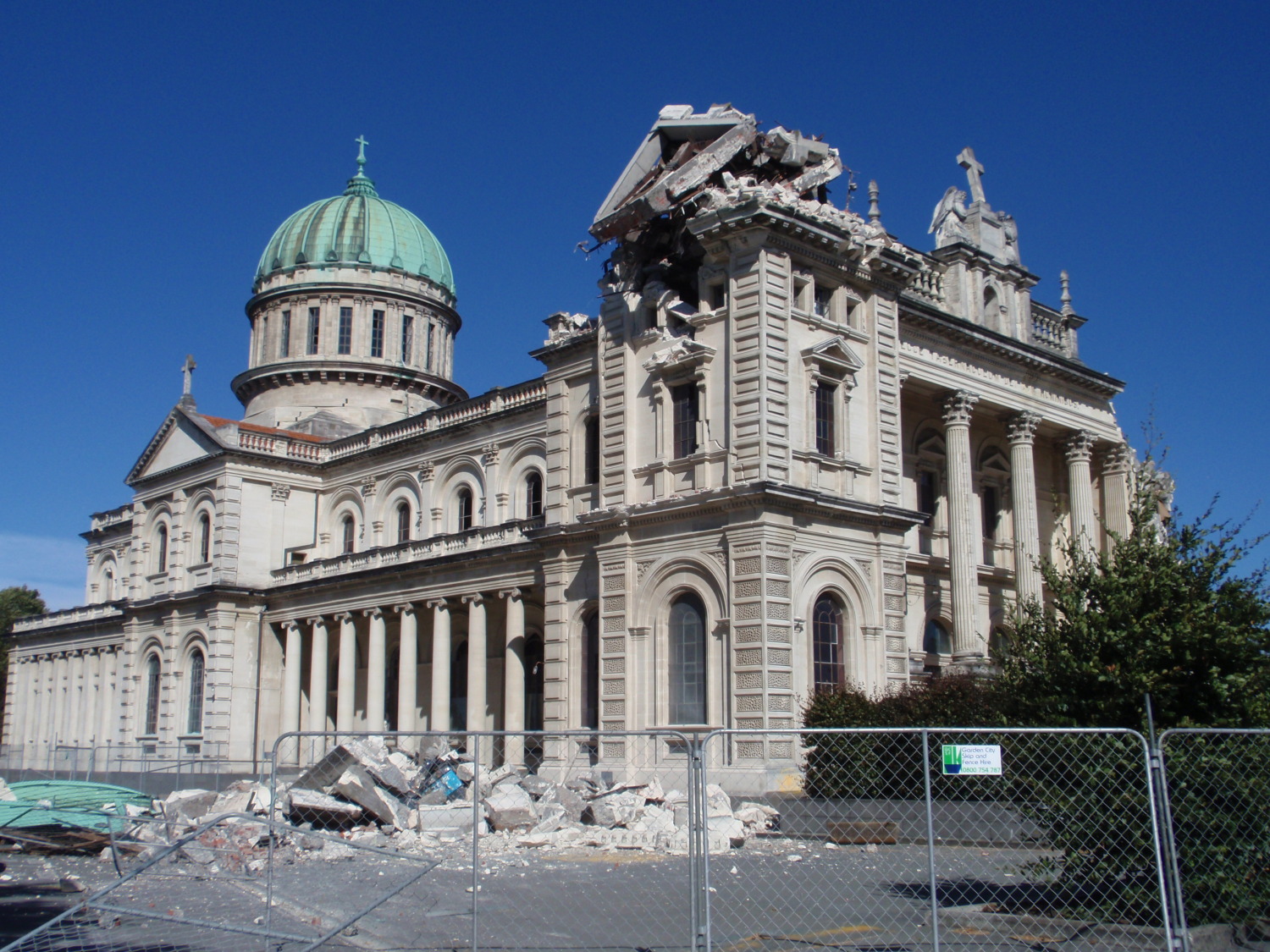 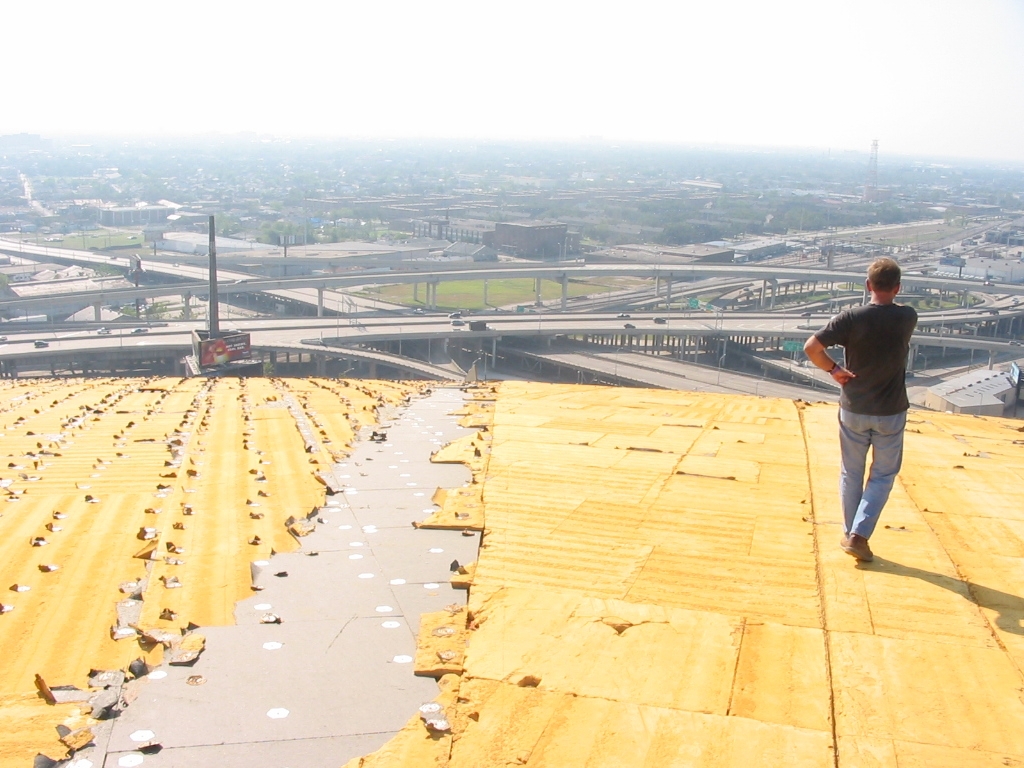 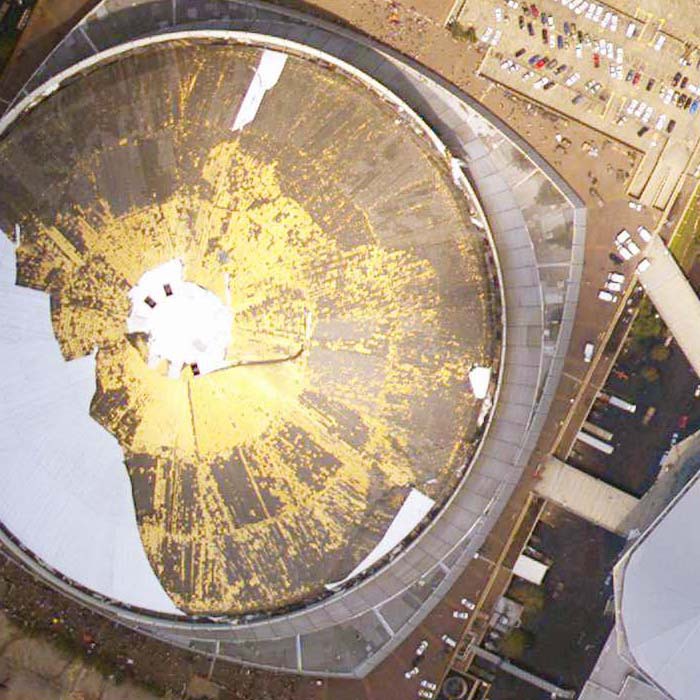 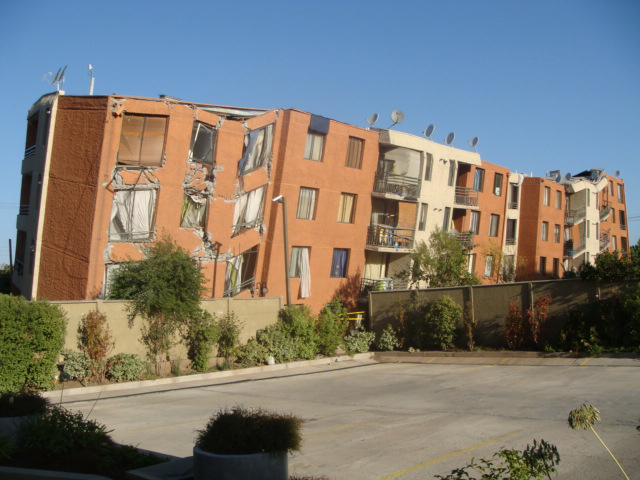 A rare Southern California rain shower gave Bruce Arita pause about his Volkswagen Beetle’s chances of making it out of the Cal Poly Pomona parking lot.

Well, technically it wasn’t yet a parking lot. In 1973, students parked on a mound of dirt behind the College of Environmental Design to gain quick access to the west side of campus.

Arita decided to wait out the downpour muddying his chances of leaving school that day by wandering through ENV’s Building 7. What he saw changed his life.

“I saw all these drawings and models and I was mesmerized,” he says. “I looked at it and said ‘I can do this.’” A graduate student works in front of the ENV building

Arita, a business student in the second quarter of his freshman year, was so taken that he walked directly into the architecture chair’s office to ask for a transfer to the department.

At the time, he didn’t know why his request prompted a sideways look from the chairman’s secretary. The chair himself happened to walk out of his office seconds later and, equally baffled by Arita’s request, flippantly signed his admittance to the school on the spot.

“I had no idea that wasn’t how the application process worked, that there were hundreds of students who had been waiting years to get into that school,” Arita says. “I also had no idea that the chairman, well, they were making changes and a few days later he was no longer with the university. He basically signed my application on his way out.”

The chair’s exit was the first of many changes in the architecture department during Arita’s time at Cal Poly Pomona.

Faculty cycled in and out, affecting the stability of the architecture program, and class offerings were something of a juggling act. Arita recalls several instances of uncertainty that the program would survive long enough for him to graduate with an architecture degree.

That uncertainty is exactly what he prepared him for his career.

“I got out of school and nothing scared me after that,” Arita says. “Uncertainty is good. Struggle is good. That’s what prepares you for real life. I could have gone to Cal [Berkeley] and skated through for four years, but I was put in a situation where I was challenged, and that’s the best thing that could have happened.”

3 Reasons to Go into Forensic Architecture

Architecture students rarely fantasize about getting into Bruce Arita’s line of work, in part because most aren’t entirely aware of its existence.

When Arita came to Cal Poly Pomona in November to speak with ENV students, he wanted to convey that forensic architecture is not only a viable line of work, it might be the most lucrative for future planners and designers. Here are three reasons future architects should consider following his footsteps.

In 35 years since leaving traditional architecture, Arita’s business has never been affected by a recession.

“Every building out here has an insurance policy,” says Arita, who works on the 44th floor of the Aon Center in downtown Los Angeles. “When something bad happens, someone is always going to get a call to have it evaluated. I’m never going to run out of work.”

Arita’s most recent business trip took him from Los Angeles to New York to London to Dubai to Singapore. In fact, he spends only four days a month in his Los Angeles office.

Such is the life of someone whose career follows earthquakes, hurricanes, fires and any other natural disasters around the globe. He shifted out of traditional architecture shortly before the Northridge earthquake in 1994. To say he’s had steady work since would be an understatement.

You could be a Savior of Buildings

“New-building architects rarely get to see people actually occupying their buildings. But I live in a world now where I have to come in and the people are actually displaced. And the speed with which I can react and help them get back into those buildings is very satisfying.”

It’s much more than a financial reward, Arita says. He feels an emotional connection to his projects, from seeing the buildings at their lowest point to celebrating their — and a community’s — restoration.