Velma Merriline Smith’s hands were shaking long before she was officially diagnosed with Parkinson’s in 2016. Smith, a math professor at Cal Poly Pomona for more than three decades, made sure her students knew that her physical state would not affect her as an educator or as a person. 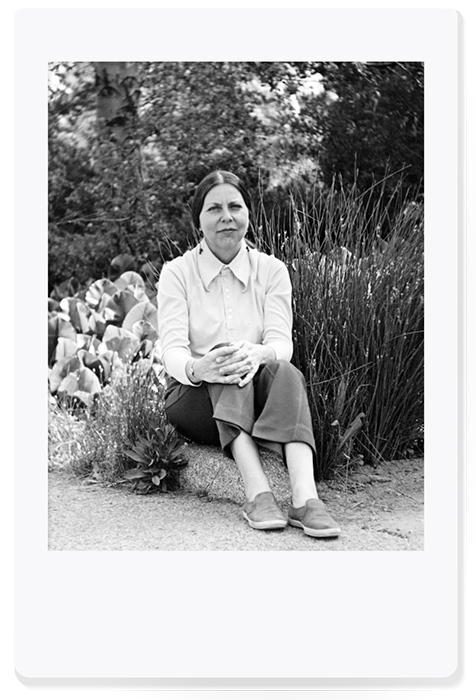 “On the first day of class I would tell students, ‘I want you to know I have a tremor but I’m not afraid of you,’” Smith says.

The fearless spirit that helped her be upfront with students about her tremor was what made Smith a pioneer when she started teaching at Cal Poly Pomona in 1972. She implemented math placement exams, opened the first computer lab on campus, introduced graphing calculators in her math courses, and incorporated groupwork during a time when classes were only lecture-based. These are only a few of the innovations she brought to teaching and learning math.

“She was my role model, and I learned a lot watching and working alongside her,” says Mathematics Professor Lilian Metlitzky, who joined the university in 1980. “Whatever was going to be the leading edge of the way education needed to be, Merriline was there, and by working beside her I got to experience that.”

Smith served as chair of the math department in the 1980s with a focus on implementing the math placement exams. She had noticed that some of her calculus students were failing classes because they never took the necessary preparatory courses. With no math placement exams at the time, faculty could not determine what support students needed.

Smith teamed up with Metlitzky to implement the exams, writing grants and raising funds for a preparatory mathematics program, which were taught by graduate students. This inspired another round of funding for a program to help graduate students teach math. 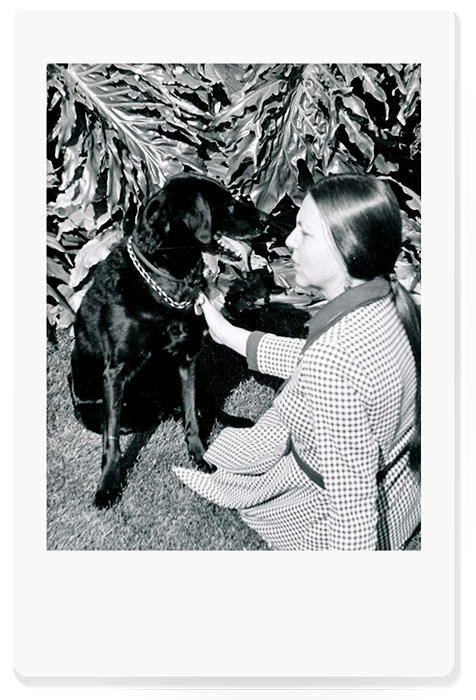 “It’s so important that you have a good teacher,” Smith says. “Math is not just rules that somebody should memorize — you should understand it. It’s easy as long as you were taught right.”

When Metlitzky joined the campus as an adjunct professor, Smith mentored her and provided opportunities for her to enhance learning and teaching.

“She had a way of explaining difficult topics and the ability to make any level of math easy,” Metlitzky says. “She was absolutely the right teacher for me and for many students.”

After 10 years of serving as the mathematics department chair and two years as vice president of the faculty senate, Smith stepped down, saying, “All I wanted to do was teach.”

Smith retired in 2003 when her tremors prevented her from grading papers, a task she valued because she viewed it as an opportunity to help students understand concepts.

After retiring, Smith and her husband, Jesse, traveled throughout California and the Pacific Northwest until they ran out of coastline. When they were younger, the couple made a pact to financially support each other while they took turns earning their degrees. In retirement, they both supported each other in their adventures.

“We climbed so many mountains, I couldn’t say how many mountains we climbed,” Smith says. “There wasn’t any place else for us to go in California, so we crossed the river and went to Arizona.”

They purchased a custom-built manufactured vacation home in Quartzite, Arizona, as they ventured out to more national parks, from the Grand Canyon through Yellowstone. They grew their geology collection from gem and mineral shows during their travels.

After 54 years of marriage, Jesse died in 2015, and Smith began taking cruises alone throughout Southeast Asia, Europe, Alaska and Canada. Her Parkinson’s diagnosis in 2016 didn’t stop her from traveling. But a difficult fall that year landed her in a rehabilitation center for seven months, so she sold her home in Arizona. 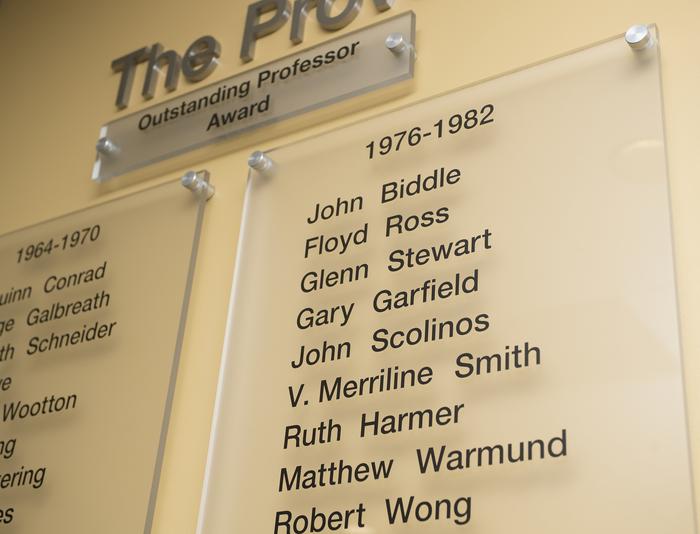 Smith felt that she didn’t need her money from the sale and started to think about giving back to Cal Poly Pomona. One of her fondest memories on campus was seeing her name among the distinguished university professors on the wall of the University Library.

Throughout the years, she kept in touch with her former undergraduate and master’s students who followed in her footsteps in education. Her connections to Cal Poly Pomona were still very strong.

“I wanted to do what I thought was best with the money and how I would do the most good for the most people,” Smith says. 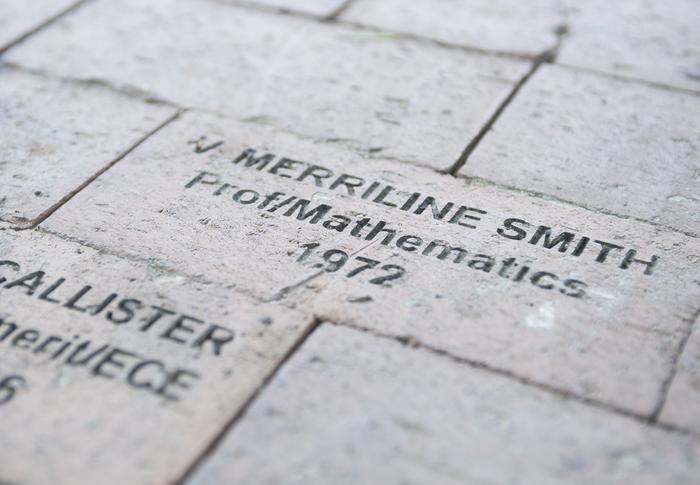 Smith’s first gift to the university was when she purchased three bricks to the entrance walkway entrance to the Rose Garden; one in her name, one in the name of her master’s degree student at the time, Christel Sauter Embree; and one for Embree’s husband, Roger, both of whom took their last two graduate classes with Smith.

“I always wanted to give back to Cal Poly Pomona for what it gave to me,” Smith says. “It gave me a job, it gave me my life.”

In 2019, she donated an apophyllite crystal to the university, which is shown in foundation geology classes. Geological Sciences Associate Professor Nick Van Buer uses the crystal to show the symmetry, crystal form, and how the gemstone breaks along specific planes.

“A single rock may tell the story of seas and mountains that have come and gone, but this history of the earth is written in the language of minerals,” Van Buer says. “Students need to learn to identify minerals and their properties before they can fully understand the rock record.”

Smith then decided to give $130,000 to Cal Poly Pomona through a charitable gift annuity (CGA) to establish the Dr. Velma Merriline Smith Mathematics Teachers Fund, which, when the funds are available in the future, will help purchase up-to-date educational resources, technology and equipment for the teaching laboratory. The lab will be open to all mathematics faculty and students who are interested in using the resources.

By investing in the laboratory, Smith will ensure that math teachers will have access to innovative math teaching methods and technology to implement in classrooms.

“I always felt her passion was in the teaching of future teachers and innovation,” Metlitzky says. “To me, her gift is a way of keeping her work and her name alive with people who have met her, and who will never meet her. It is important for her to have that legacy, and I was thrilled to hear that will happen.”

The CGA also provides Smith with a one-time tax write off and an ongoing quarterly income. These features were added bonuses to her gift, but what was most important to her are the many teachers and students the fund will help.

“If anyone got anything out of Cal Poly Pomona, they have an obligation to give back and they can give to anything, there are so many areas to support,” Smith says. “If students graduated and got a good job, they don’t have to give a lot, they just have to acknowledge that this a place you got something from and give back to it.”

For more information on planned giving opportunities, contact the Director of Planned Giving, Vince Fraumeni at 909-869-4825 or email at vjfraumeni@cpp.edu. You can also visit the Cal Poly Pomona Planned Giving webpage for free resources or to sign up for an e-newsletter.