Alumni Reflect on Personal and Professional Value of Nonviolence Education 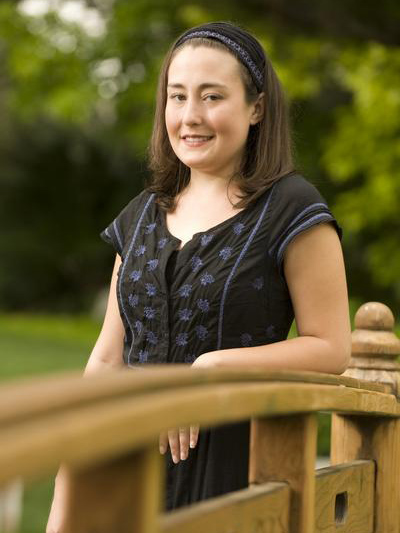 Samantha DePetro-Wysuph grew up in Oakland understanding that activism can be a path to social and political change. As a kid, she heard her mother’s stories about demonstrating against the Vietnam War, which influenced DePetro-Wysuph to participate in social movements, including protesting against the Afghanistan and Iraq Wars when she was in high school and in support of immigrant rights and other political causes as a Cal Poly Pomona student.

When the nonviolence studies interdisciplinary minor was introduced at Cal Poly Pomona in 2006 through the Ahimsa Center, it was a chance for her to rigorously study the topic in a way that would boost her civic engagement.

“Given the wars raging in the Middle East, I was interested in how other leaders had combated social injustice and difficulties facing their populations in a nonviolent fashion,” DePetro-Wysuph (’10, political science) says. “I grew up hanging out in Berkeley, which is home to the beginning of all sorts of movements, so I was really interested in learning about the global perspective.”

‘She Is a Guiding Star’ 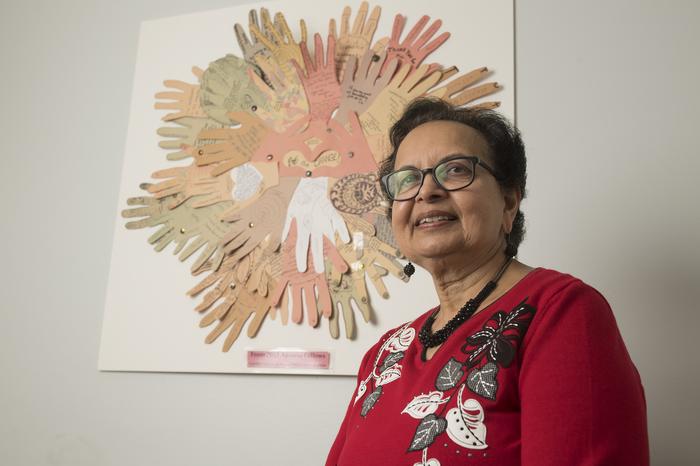 The Ahimsa Center was established in 2003 by Tara Sethia, professor of history and the inaugural Shri Shantinath Endowed Chair in Ahimsa Studies in the College of Letters, Arts, and Social Sciences, with initial support from scores of donors throughout California and the United States. Under Sethia’s leadership, the center created the interdisciplinary minor in nonviolence studies, summer fellowship programs for K-12 educators, and numerous public programs including conferences, public lectures, dialogues, workshops and special events.

Sethia said history was usually told through the lens of violence and war, but she did not see undergraduate discussions reflect how some conflicts were resolved with nonviolent action. After the Sept. 11, 2001 attacks, Sethia wanted to teach alternative conflict resolution, planting the seeds at Cal Poly Pomona for a nonviolence studies program.

“Dr. Sethia inspires me, she is a guiding star in a lot of my life and exudes a sort of grace that I aspire to,” says DePetro-Wysuph, the associate director of development at Dominican University of Californiain San Rafael. “The Ahimsa Center taught me that we’re all interconnected – the planet, the animals, the people – so it’s something that shapes my life and how I treat people and all living things around me today.”

DePetro-Wysuph participated in Cal Poly Pomona programs that allowed her to contribute to social equity in gender, race and class. She worked at the Violence Prevention and Women’s Resource Center to combat gender violence and educate students about healthy relationships, and to provide resources, advocacy, and support for students, community, and faculty. For DePetro-Wysuph, the nonviolence studies minor highlighted an intersectionality of activism, global perspectives, history and religion.

The Ahimsa Center is founded on “ahimsa,” which means “nonviolence” in Sanskrit and is a core principle in the Indian religion of Jainism, which includes reverence for all life and promotes compassion and kindness toward all. DePetro-Wysuph could relate to the principles because she has been a vegetarian since elementary school, which is a practice she didn’t realize she had in common with Jainism.

Nonviolence for a Better Life

Students take many of their classroom lessons, such as practicing meditation and mindfulness, into their post-graduate and personal lives. 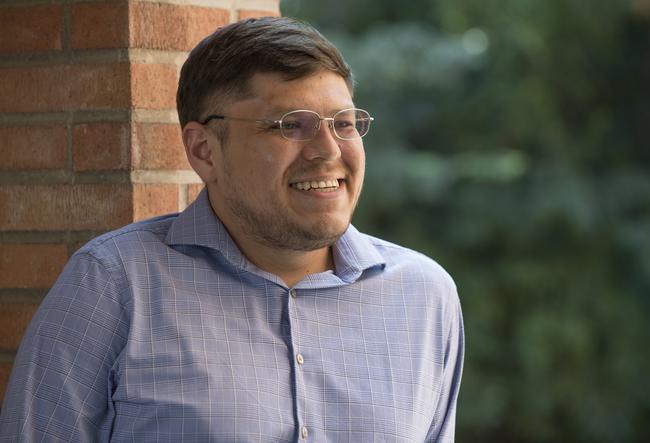 “It was stress management for healthy living that helped me with so many things,” says Ramon Vega (’20, history), who is an examiner in the state disability insurance program for California. “It was learning to pause and breathe, not reacting to everything, and giving yourself that time to have a healthy response.”

The minor complemented Vega’s history studies. Because history is a connection to the modern world, and one of the ways to understand the present is to learn about the past, he felt the minor sharpened his understanding of the causes of war and peace and the economics of nonviolence, which shifted his focus to how issues can be solved through peaceful tactics.

“Historical events are typically viewed from a position of violence, which becomes an unconscious bias,” Vega says. “There’s going to be some introspection and realization that maybe things aren’t exactly how we thought they were. The minor has definitely helped me become more inquisitive and more of a critical thinker.”

Vega enrolled in the minor when he was thinking about his religious upbringing and had questions about morality and philosophy. He was also interested in a course on reformative justice as part of the minor because of his own experiences. Vega was sentenced to 30 days in jail for driving under the influence in his early 20s and was released early due to overcrowding. He completed a program as requested by the court, along with doing community service and paying damages.

Vega learned that the criminal justice system could be improved greatly through programs on nonviolence for the incarcerated.

“The minor helped me look at the restorative justice system in a way where people can be helped by the time they are out of jail,” Vega says. “They could have a job or skill set or something they have actually learned instead of going out and going back into prison, feeding the cycle of violence and dehumanization.”

Imani Williams (’21, political science) who wanted to launch into action after taking courses on forgiveness and reformative justice, teaches Zoom classes through a prison education project at a Riverside juvenile center.

In one course, she teaches forgiveness and mindfulness to young adults to help them channel their emotions in a healthy way. Through the minor, Williams learned about leaders who centered their outlook on forgiveness, and how learning to forgive and accept blame allows an individual to seek second chances while also giving them to others.

“Forgiveness allows individuals to create a stress-free life not filled with sadness or hurt,” Williams says. “I really enjoy teaching them and I hope the students get something out of it too. The prison education project allows me to help them make requirements for school and get the education they may not have had access to before.”

Williams is studying to take the LSAT (Law School Admission Test) and plans to help people dealing with employment law, housing discrimination or family struggles. She eventually wants to open a nonprofit to help victims of domestic violence, including children, and is also completing a minor in management of not-for-profit organizations to support her goals.

Williams enjoyed Ahimsa Center seminars that featured notable guest speakers, including Mahatma Gandhi’s grandchildren, founders of social organization and movements, and educators from around the world.

“Dr. Sethia found people with personal experiences that were able to articulate a lot of the things that we were learning,” Williams says. “It was nice hearing someone’s perspective and be able to relate it to the books I was reading.”

As an undergraduate, Williams had a judicial internship at the West Covina and Pomona courthouses, where she learned about court proceedings and discussed the judicial system with judges. She offered help to people with child custody, divorce and domestic violence cases, and assisted them in filling out documents through the courts’ self-help center. During a UCLA law fellowship, which transitioned to a virtual format, Williams spoke with UCLA professors about law school and reviewed legal cases.

“I saw people in my community going through family struggles, including domestic violence, and how it affected children in how they grew up and how they saw things,” Williams says. “I want to stop that cycle, and the best way to do that is to represent families and children through the law to change their course. The nonviolence minor helps to have a different perspective and shows examples of leaders around the world who, instead of choosing anger, chose forgiveness and acceptance for a better path forward.”

Be a Part of the Ahimsa Center

Here are ways to get involved in Ahimsa Center:

Alumni Reflect on Personal and Professional Value of Nonviolence Education