Isaiah Shaw found more than just a university when he opted to attend Cal Poly Pomona.

The first-year economics student also forged a deeper connection to campus through his involvement in Project SUCCESS, a program created to help first-year male students of color thrive academically and socially.

Project SUCCESS connected Shaw with a peer mentor who also became a good friend. That sense of belonging and brotherhood helped him to adjust to campus life.

“What I really like about Project SUCCESS is that they look at me and call me by my first name,” he says. “They don’t need to look at my ID or ask me my name. They know who I am.” 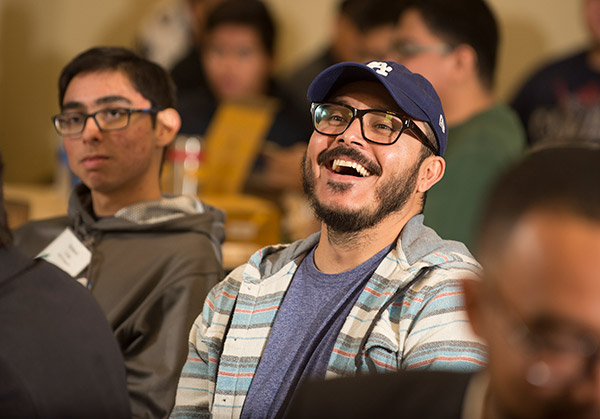 That feeling of connection was one of the hopes of Byron Howlett, the former director of the Office of Student Life & Cultural Centers and the program’s founder. He and other campus leaders came up with the idea in 2015 after seeing data that showed that male African-American and Latino students have lower persistence rates in their first and second years than their peers.

Organizers plan to expand the program to include Native American male students in fall 2018.

“We empower our young men to become self-advocates and tap into their innate talents, gifts, and strengths to support their individual success,” Alexander says.

Thomas Cruz-Soto Jr., associate vice president and dean of students for the Division of Student Affairs, sees the program as a good way to reshape perceptions. 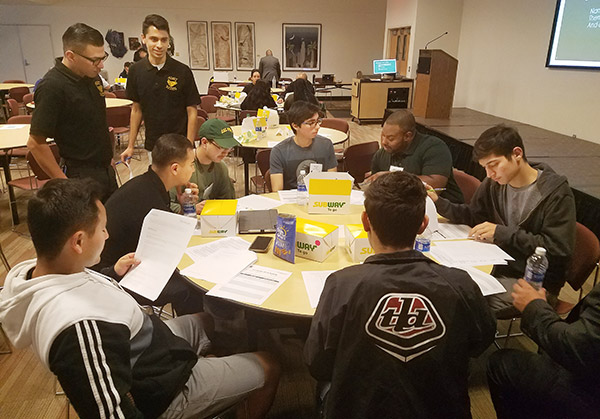 “Male Student Initiatives (MSI) like Project Success are disrupting the negative narratives and creating more opportunities for young men of color within the CSU system,” he says. “More than ever before, men of color have a greater chance of not falling victim to statistics of circumstances and now have more enhanced opportunities to become scholars of opportunity.”

“The California Community Foundation is proud to support Project Success and Cal Poly Pomona, a higher education leader in Los Angeles County,” says Efrain Escobedo, the foundation’s vice president of education and immigration. “Project Success’ mission of expanding postsecondary opportunities for young men of color is exactly the work we seek to support through the Los Angeles Scholars Investment Fund and across our education grant making.”

Alexander says that the grant allows the program to become part of a cohort of institutions and organizations in Los Angeles County that also have received funds, paving the way for greater collaboration. Project SUCCESS also is developing partnerships in Cal Poly Pomona’s Division of Academic Affairs to ensure support through graduation.

“To me, this is where the educational pipelines and pathways to support student success are going to be created,” he says.

Lea Jarnagin, vice president for the Division of Student Affairs, says these kinds of partnerships help students to thrive.

“Student success is only possible through intentional collaborations across the campus, bringing together the best efforts of multiple areas,” she says. “Project Success integrates the classroom experience with critical out-of-classroom academic support and campus engagement.”

Francisco Martinez, a senior majoring in business, became involved with Project SUCCESS at its inception and is now a lead intern.

“The most rewarding aspect is seeing the success of it from its beginnings,” he says. “We faced struggles and adversity. We started out with barely any students and little to no funding. We were able to persevere and create a program which now serves more than 120 men of color.”

Besides expanding to include Native American students, Project SUCCESS plans to broaden the program’s base by working with local middle schools, high schools and community colleges to create a pipeline to Cal Poly Pomona, according to Alexander.

“It’s really inspiring to know that our program’s holistic support and strategic partnerships directly impact men of color graduation rates,” he says. “Our male students of color at CPP know people care about them and we advocate for their success.”